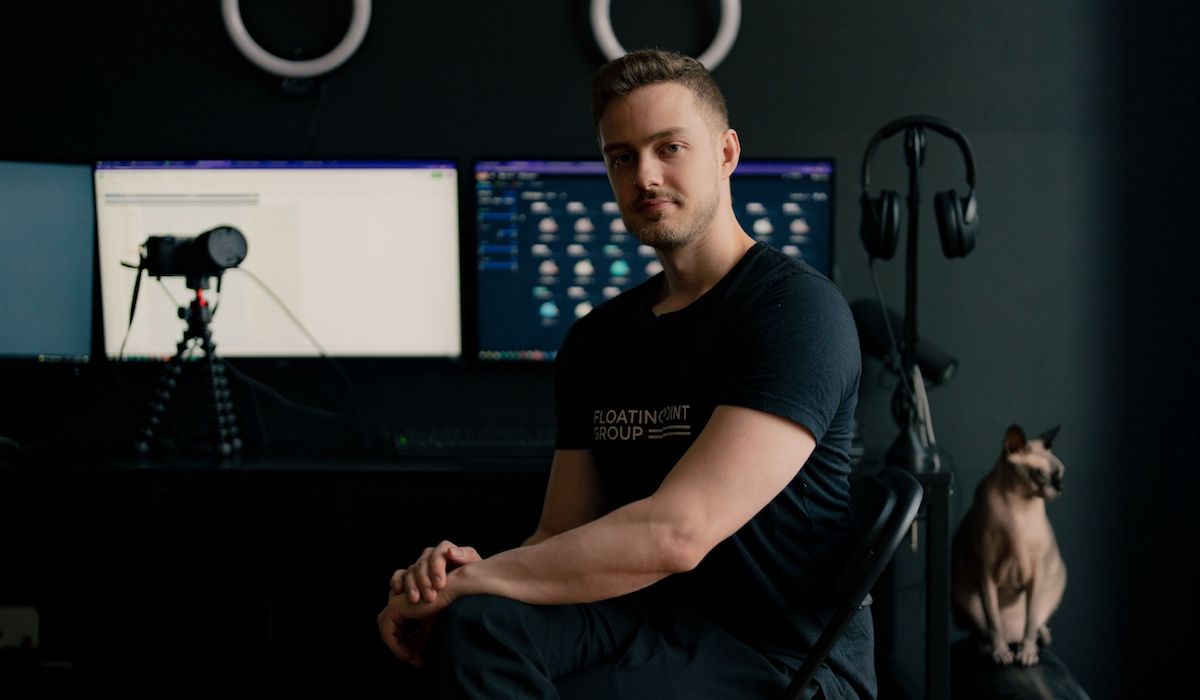 About “Das Kapitalist” a.k.a. Sam Peurifoy

The Kapital DAO as a scaling solution for institutional capital in web3 gaming was originally conceptualized by Das Kapitalist, a Columbia University organic chemistry PhD and ex-Goldman Sachs equity researcher with a lifelong dedication to gaming (and some modestly rare achievements to show for it). He’s been featured on Bloomberg (twice!) and Business Insider for his metaverse moves, and, more recently, he became a partner at a massive $1.5bn crypto-native fund, Hivemind. We interviewed Das, who goes by the much more ordinary “Sam” back in the web2 world, to learn a bit more about his idea of the Kapital DAO, his vision for web3 gaming, and where he sees the pain points in the space today.

Hi Das. What’s with the name?

Hi. :) “Das Kapitalist” is a reference to Das Kapital by Karl Marx, easily one of the most influential books of the 19th century around capitalism and production. I’m not certain that Marx would appreciate my slight twist on it, though. I originally just meant it as a joke, but, regardless, it’s definitely a fitting connection for a movement bent on bringing value back to key participants at every step of the production chain, as opposed to just rewarding the top.

Right, and that movement, “web3 gaming,” or “play to earn” –- where do you see that playing out?

Firstly, I think “play to earn” is on its way out. More equitable motifs, like “play to own” or even “play and earn” I think are better economic models for us to focus on going forward. But, taking a step back, web3 gaming is just the augmentation of ordinary video games with some tokenized ownership utility.

What exactly does that mean?

Communities are the basis for all successful games. For years, gamers have been satisfied to simply participate inside of game ecosystems and drive revenue to the developers and publishers at the top, but it doesn’t have to be that way. Web3 gaming enables players to own a part of the ecosystems that they’re actually helping to create. At its core, it means that players have the capacity to truly own the digital assets that they generate. This is enormously powerful. I’ve chased OSRS skill capes, Starcraft 2 diamond ranks, and every single end-game WoW achievement just for the pride of holding a database entry in the “old world” of web2 gaming. In this new age of “web3 gaming,” those each could be saved permanently on a blockchain and held by me, forever, regardless of whether those games even exist or not.

Potentially! The children of my children’s children could feasibly create some new game ecosystem that references back to that immutable on-chain ownership, and enables some neat legacy interactions based on my past activities. That’s the level of permanence and ownership we’re talking about here, and I think it’s a message that will easily resonate with people once the broader population sees real applications in place. And that’s not even touching on the monetization potential, just on social use cases alone.

That’s pretty out there. And on monetization in particular, how do you see that playing out?

Web3 gaming had a great year, but it was also chock full of growing pains. Game economies from big to small suffered pretty horrible scaling issues due to poorly planned token loops, unpredictable player behavior, and a dual player-manager economic class system that led to a lot of token dumping.

How can it be improved?

Sustainable token economies, real utility from digital asset ownership, and exciting gameplay are all coming in 2023 and beyond. That’s where the real power is. When you have truly engaging gameplay supported by actual ownership of in-game assets and achievements and well-tested token simulations, you’ll know that we’ve reached the next phase of maturity in the industry.

So who will be the winners of web3 gaming this year?

Guilds (and web2 esports teams) will secure their dominant positions as the kingmakers in the space, with new games vying left and right to secure early partnerships with large communities and treasuries. Games will be the next winners, and you should look to see engaging gameplay from big builders (like Gala and Illuvium) potentially securing some early wins. And, finally, players will end up winning this coming year too, as more and more games see the equitable nature of permitting players to truly own their own digital assets and monetize their content on their own terms. In short, the industry is still young, and there’s still a ton of upside, but expect a flight to quality.

And how does the Kapital DAO fit into all that?

We’ve built a the leading solution for scaling institutional capital in web3 gaming by allowing admins and investors to delegate hierarchical permission sets back to the players. That’s an absurdly fancy way of saying “you can hand over all your assets to your best Discord gamer, and they can manage your entire guild for you without losing anything on accident.” This is big for hedge funds and guilds. Major players with thousands of scholars generally rely on simple local payout scripts or analyst-level employees who sit at a desk and process manual blockchain transactions all day. We cut all that out with our proprietary protocol, and just enable organizations to do what they do best, which is to deploy assets, and concurrently enable player leaders to do what they do best, which is to manage, optimize, & improve performance to reach higher yields.

Kapital DAO will also have its own guild, correct?

Exactly, it’s the second part of what we’re building. We’re also a major gaming guild in our own right. With near-double-digits of millions of USD raised during our private rounds, we already have thousands of scholars and over 50k community members, all operating inside of our guild tech scaling solution. We’re not just putting out a roadmap and promising to hit some future targets, we’ve really gone out and done it already. We know it works because we (and our fellow peer guilds) use it, and we’re just excited to get more folks across the finish line so that we can all scale together in the web3 industry.

So, just to be clear, you enable guilds to scale into the thousands?

Right. Where normally you might have someone manually sitting at a desk approving individual transactions all day, we can truly decentralize & delegate permissions to the group of community managers, effectively empowering them to become the governors of the guild.

Why isn’t everyone doing this?

It’s tough to build! We’re the first to roll out a complete solution that addresses the complex intersection of on-chain transactions, “gen1” and “gen2” style game wallets, and community-delegated permissions. All that wrapped in our neat UI with some fun achievements, experience points, and performance incentives for players to boot.

Can we take a sneak peek?

You can do one better and just sign up! Grab a spot here.

Can we game with you?

Our guild hosts weekly cash tournaments for $100’s across Valorant, Dota, League, & others! Make sure you opt in to esports alerts in our Discord here. Alternatively, catch me panic-rolling through Elden Ring or Fortnite on Twitch.

Join our community to stay at the cutting edge of gaming innovation:

Thanks for signing up!
Sorry there was an error. Please try again.
Thank you! Your submission has been received!
Oops! Something went wrong while submitting the form.